This article is reposted from chezgigi.com 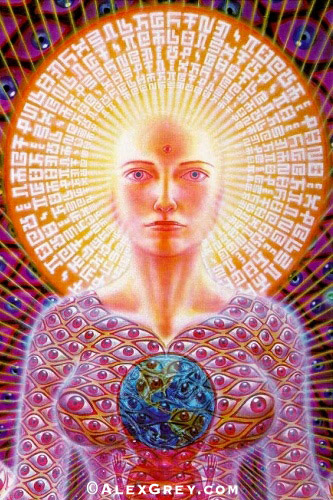 Sex and the brain continues with a look at obsession, and the physiological responses to heartache. There is a reason the loss of love hurts so much. When someone has left us in a puddle of grief and desperation, or we have left someone with a cheery ‘ta-ta!’ and no backward glance, there is a chemical imbalance in the brain. It doesn’t just affect the brain either; intense emotional distress, according to the September 2011 Prevention issue, taps into the same neural pathways as physical pain. For a heartache, they suggest taking acetaminophen. It may or may not help, but at least it may head off that hangover when you decide to drink your heartache into oblivion. This actually works best for men, and is only a short-term solution, so don’t get too excited.

The physical ramifications of a broken heart are very real. They can leave scars on the psyche as real as any gained through an accident. The wounds linger for years, whereas the pain from physical wounds are forgotten. If they weren’t, no doubt most children would be only children.

There is actually a name for the condition of longing for a love object.  It is called ‘limerence.’ Whether your affection is returned or not, nothing can satiate the longing for emotional reciprocation. I’ve been through this; a million years ago, as a schoolgirl, I can remember having a hopeless crush on some boy or other at school. Oh, how I loved him, while I loved him! Fortunately, these episodes were short-lived, and I was able to move on to the next grade, and the next boy, but there are some people afflicted by this hapless emotion for sixty years!

The beginning of a relationship is the ‘honeymoon,’ when both parties are smitten, and a volatile mix of chemicals are coursing through their veins, making sure they bond, and fall in love, and continue the human race. If it seems good to stay together, this period wears off in about six months, and hormones balance out. For those stuck in the limerence stage, there are heart palpitations, shortness of breath, loss of sleep, and an aching in the chest or abdomen. So, you are either having a panic attack, catching the flu, or you are obsessed. Generally, a person will fixate on someone for three to five years, and then transfer their affections to someone else.

Like those brain worms you get when a song is stuck in your head, obsessive thoughts and longing for your love object originate in your brain. Scientists are studying which parts of the brain are affected by limerence, but in the meantime, there are twelve-step programs, and cognitive behavioral therapy. All these options for treatment sounds as if therapists view it as being suffered mainly by women, which if true, is just plain stupid. How many men do we hear of every day, who are hopelessly obsessed with someone? Usually restraining orders have to be taken out, though.

When we love someone, they actually take up residence in our brains. They reside in the nerve-cell pathways, and the neurons and synapses of our minds. When we lose them, through death, divorce, or break up, our brains become confused and disoriented. We expect to be able to see, hear, and touch them. Death especially, feels disorienting, as if the person is just around the corner, as if we can turn and speak to them.

In Sex and the Brain by Daniel G. Amen, he writes that overactivity in the limbic brain has been associated with depression, and low serotonin levels, which is why we have trouble sleeping, and lose our appetite. This part of the brain actually becomes inflamed like a physical wound when we experience the loss of a loved one. There is a corresponding deficit in endorphins, which may be responsible for the physical pain we feel after a break up or loss. That makes it doubly important to take care of physical needs, such as exercising.  At least, you can create endorphins that way. It never hurts to write out your feelings, either. And while you’re at it, write out your beloved’s faults. Focusing on their bad points can help you move on.

« Where Do We Go When We Die?
The Power and Glory of Food »